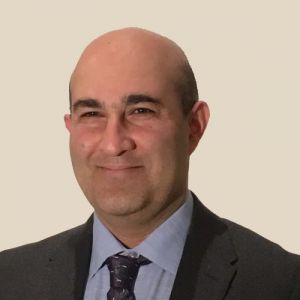 Dr Mohammad (Peyman) Alasti is a Cardiologist and Electrophysiologist. He completed his general cardiology training at Rajaei Heart Centre in Iran in 2004 before undertaking a fellowship in interventional electrophysiology and cardiac device implantation at the same centre.

In 2014, he spent six months learning complex ablation techniques, particularly for ventricular tachycardia, at one of Europe’s highest volume centre in Leipzig, Germany.

He immigrated to Australia in 2016 and commenced working at Monash Medical Centre as a Cardiac Rhythm Management Fellow. He was awarded fellowship to the Royal Australasian College of Physicians (FRACP) in 2017. Dr. Alasti’s recent research has been centred around autonomic nervous system changes in different medical conditions, with particular focus on AF ablation.

In addition to his expertise in cardiac rhythm management, he is interested in general cardiology.

Dr. Alasti lives with his wife and when he’s not at work, he can be found hiking in the Dandenong Ranges or spending time with his family and their pet dog Alex. He is also interested in reading about history.